Many of us recognise pearls as highly-priced gemstones known for their luster that can be found inside pearl oysters. These beautiful spherical jewels are actually the result of the pearl oysters’, and other molluscs’, cure for an “itch”.

A Pearl from a pearl oyster (Pinctada margaritifera).

What molluscs like the pearl oysters, nautiluses, and abalones are doing to produce pearls is actually to secrete an iridescent organic-inorganic composite material called nacre or more commonly, mother of pearl, as layers around a microscopic foreign material like a grain of sand or parasites that are irritants to the animal living in the shell. Nacre is also produced by these molluscs to increase the strength of their shells. (Try driving over an abalone shell, it may be difficult to crush it.) 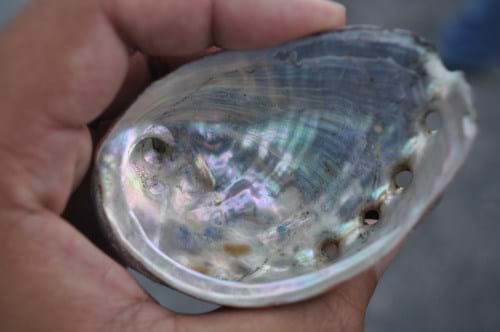 The nacreous underside of an abalone shell. 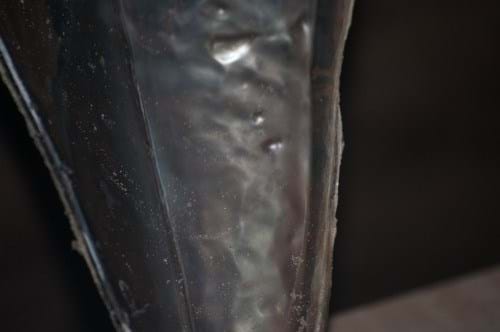 Some pearl blisters from a pen shell found in the Datai Bay.

However, not all molluscs use mother of pearl to protect themselves. The majority of molluscs, like the Quahog clam (Mercenaria mercenaria), do not produce the mother of pearl to strengthen their shells, but actually a non-iridescent, porcellaneous layer. This will then result in a non-lustrous pearl in these molluscs, which look different but could be rarer than the gemstone pearls we are more familiar with! 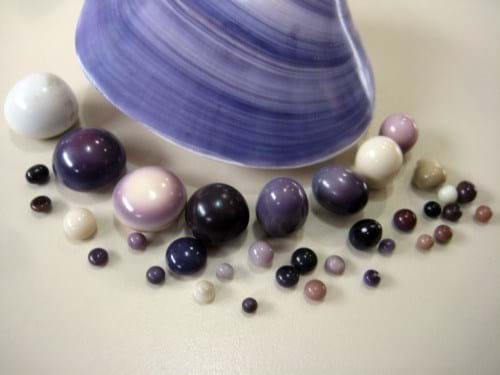