The Datai Wildlife Through Our Lens

Over the years, we have witnessed the thrills and acrobatics of the squirrels and monkeys at The Datai Langkawi. In order to help us fill in the blanks on vertebrates that inhabit the immediate forests of Teluk Datai, we have installed camera traps. There is no doubt that these camera traps are incredible tools for us to acquire data on wildlife, and of course, to capture cheeky cameos.

Experts place camera traps where signs of animal traffic are apparent from disturbed foliage and tracks. Another point of interest would be where animals congregate, like the salt licks in the rainforests of the mainland and when our beloved Strangling fig tree by the Main Pool is in fig.

For the past few months, we have identified the fences of the Beach Villas to be a corridor for many vertebrates. The resident troops of Dusky langurs and Long-tailed macaques, with the former being more common, frequent the fences of the Beach Villas. Squirrels also use these wooden structures to cross from one villa to the other. Occasionally, Collared kingfishers would dry themselves off in the open on these fences. So, we decided to fix a couple of camera traps on the fences.

Replaying the footages from the cameras was a rather amusing sight to witness as we watched the animals getting accustomed to these foreign objects visible along their path. The alpha male of the Dusky langur troop refused to take his troop along the fence for the first few days, wary of the devices. He even took his troop on a longer route to cross to the other side! He had a change of heart when the juveniles and some females decided that the camera traps were of no harm to them. 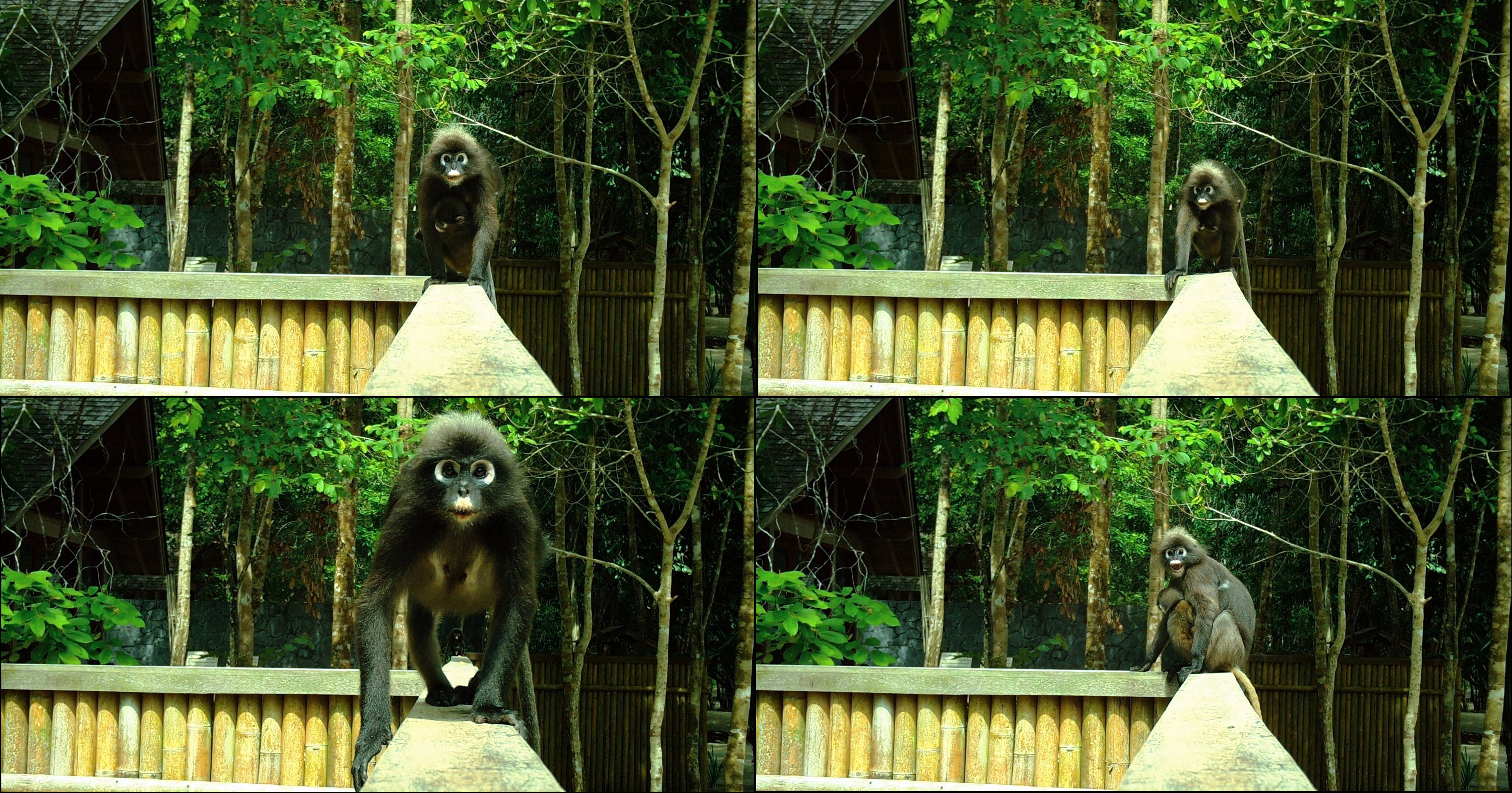 A female Dusky langur with her young double backed upon noticing the camera trap. She looked terrified in this picture but she was probably crying out to her troop, warning the rest of this weird contraption.

Some animals decided to take matters in their own hands (or paws) and actively investigated the devices. A squirrel even attacked the camera on one occasion!

We are still in the midst of identifying more wildlife corridor and even congregation points to truly be acquainted with the biodiversity of Teluk Datai. Stay tuned for more updates.

Our cameras shoot in infrared as well, allowing us to capture footage and stills at night. We finally caught the culprit that would leave its droppings on the fence, the nocturnal Common palm civet cat!