The symbiosis which benefits both organisms interacting with each other is known as mutualism. We see mutualism everywhere in nature, which is epitomised in the ocean by the relationship between the sea anemone and the anemonefish. 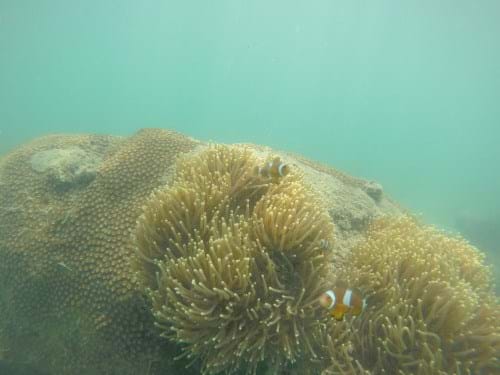 Sea anemone host and resident anemonefish in the Datai Bay.

There are about 30 species of anemonefish in the world and two of them have been identified in the Datai Bay. Firstly, we have the common False percula clownfish (Amphiprion ocellaris). It looks like Nemo from Pixar’s Finding Nemo but is actually a separate species! (Nemo is actually a “true” Percula clownfish, Amphiprion percula. Nemo is distinguishable for having one less dorsal spine and thicker blackfin outlines than the False percula clownfish.) Secondly, we have the slightly rarer Pink skunk clownfish (Amphiprion perideraion). 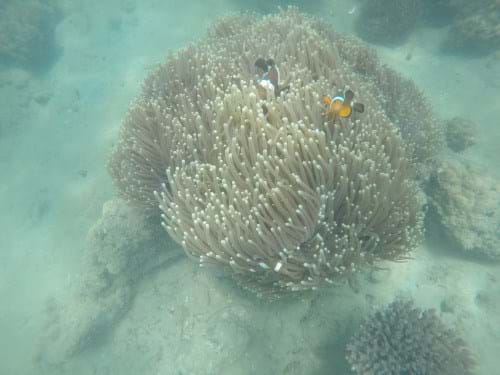 Some False percula clownfish in the Datai Bay. 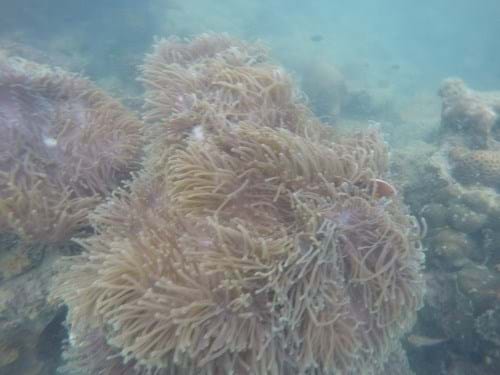 A Pink skunk clownfish saying “Hi” in the Datai Bay.

The video shows a family of Pink skunk clownfish at the Datai Bay. Watch it in HD!

SUBSCRIBE TO OUR NEWSLETTER TO RECEIVE ALL OUR LATEST OFFERS