Snake are truly beautiful creatures, especially important in managing rodents and other  animal pest populations. Snake have been persecuted by man. they are usually not tolerated and quickly killed when found within populated areas. 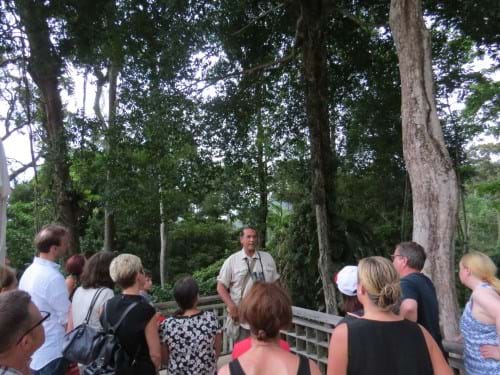 It is mostly the lack of understanding of the natural history of the animal. The one question I usually get from my guest on almost every night walk.  Do we have snakes in our rainforest. Most of them that ask this question are usually those that are worried about the dangers that lurks in our rainforest.

There are to date 48 species of snakes. About 35% or 17 species of the snakes are venomous. There 10 species of highly venomous snakes they come from two families namely  Elapidae and Viperidae.

Hospitals in the country have recorded 730 cases of snake bites since January 2016 to June 2016, with just one fatality. Most hospitals in the country were equipped with anti-venom treatments. Two types of anti venom are usually stores namely monovalent  i.e. is used to treat venom for a specific type of snake, and polyvalent for a combination of different types of snakes. 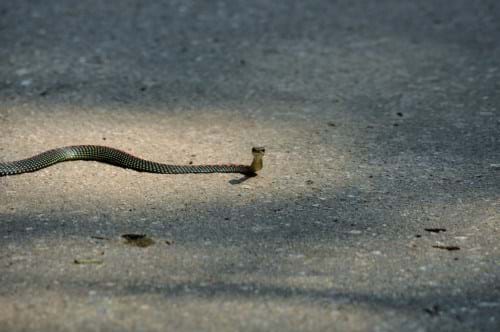 The other 38 species of snake are made up of there are blind snakes like The Burrowing Snake (Rampotyphlops bra minus ) and Common Pipe Snake ( Cylindrophis ruffus ). These snake  are rather smallish in  size, with a rounded head and are commonly mistaken to be large worms and upon close inspection the are found to have tiny scales, little eyes and a forked tongue. They usually burrow in the ground and are seldom seen. They are commonly found in the rice paddies and other moist environments.

The Reticulated Python Is the largest snake on the Island and they are the longest snakes in the world. The largest captured on Langkawi was measured at 8.40m! 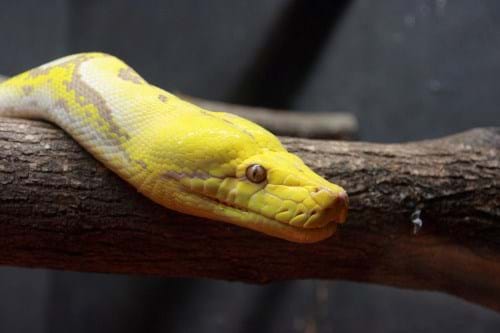 One of the most diverse group of snake on the island come from the group Colubridae among which are the Paradise Tree Snake, Golden tree Snake which are diurnal, arboreal and capable of ‘flight’. Like many other snakes the flying snakes their bodies are cylindrical , they then climb up a tree, come to the end of a branch, coil back and then spring out.

Snake which are diurnal, arboreal and capable of ‘flight’. Like many other snakes the flying snakes their bodies are cylindrical , they then climb up a tree, come to the end of a branch, coil back and then spring out. 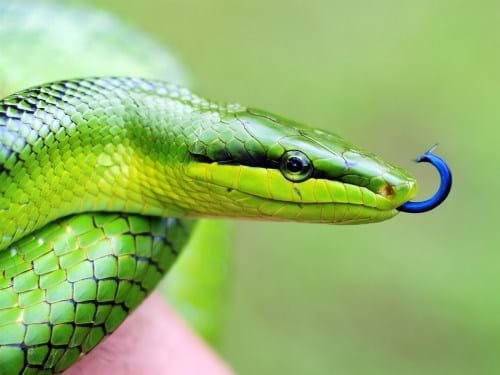 While in the air they stretch their ribs in a concave shape all along the entire length of their bodies. This acts like an aircraft wing during flight. Thus allowing the snake the ability to glide over some good distances. This gliding ability  allows the snake many advantages like covering greater distances in a shorter space of time therefore increasing its opportunity in the search of food, mates, in escaping predators and crossing barriers like raging rivers. Some of the other snake are the Red-tailed Racer, Oriental Whip Snake and Kukri snakes. These snake feed mainly on frogs, toads, gecko, other lizards and small prey. Yet another interesting snake are the Cave Racer. As the name imply the Cave Racer is often seen in caves. It preys on bats usually climbing the walls in search for the most venerable, while at sunset it waits at the exit of cave or the narrow openings where the bats are flying out. There as the bats are streaming out in the hundreds it reaches out to catch the bats in flight.

There are also several species of snakes that feed on snakes namely the King Cobra, Malayan Banded Krait. There are no mongoose on the island although they can be found on the mainland. It is believe that the mongoose was introduce from India into the mainland to manage the snakes population.