Shells of all shapes, sizes, and patterns are washed ashore everyday onto the sandy beach of Teluk Datai. One type of shell frequently found by beach combing guests is a white flat shell resembling that of a fossilised sea star. It is the remains of a sand dollar, a species that belongs to a group of animals with a five-pointed radial symmetry called echinoderms.

When alive, the shell is covered with a layer of skin decorated by tiny soft spines. With these spines, a living sand dollar moves across the seafloor and dig into sand for safety. Any organic matter will be separated from sand grains using its spines and will be pushed to the underside of the disc, where its mouth is situated. 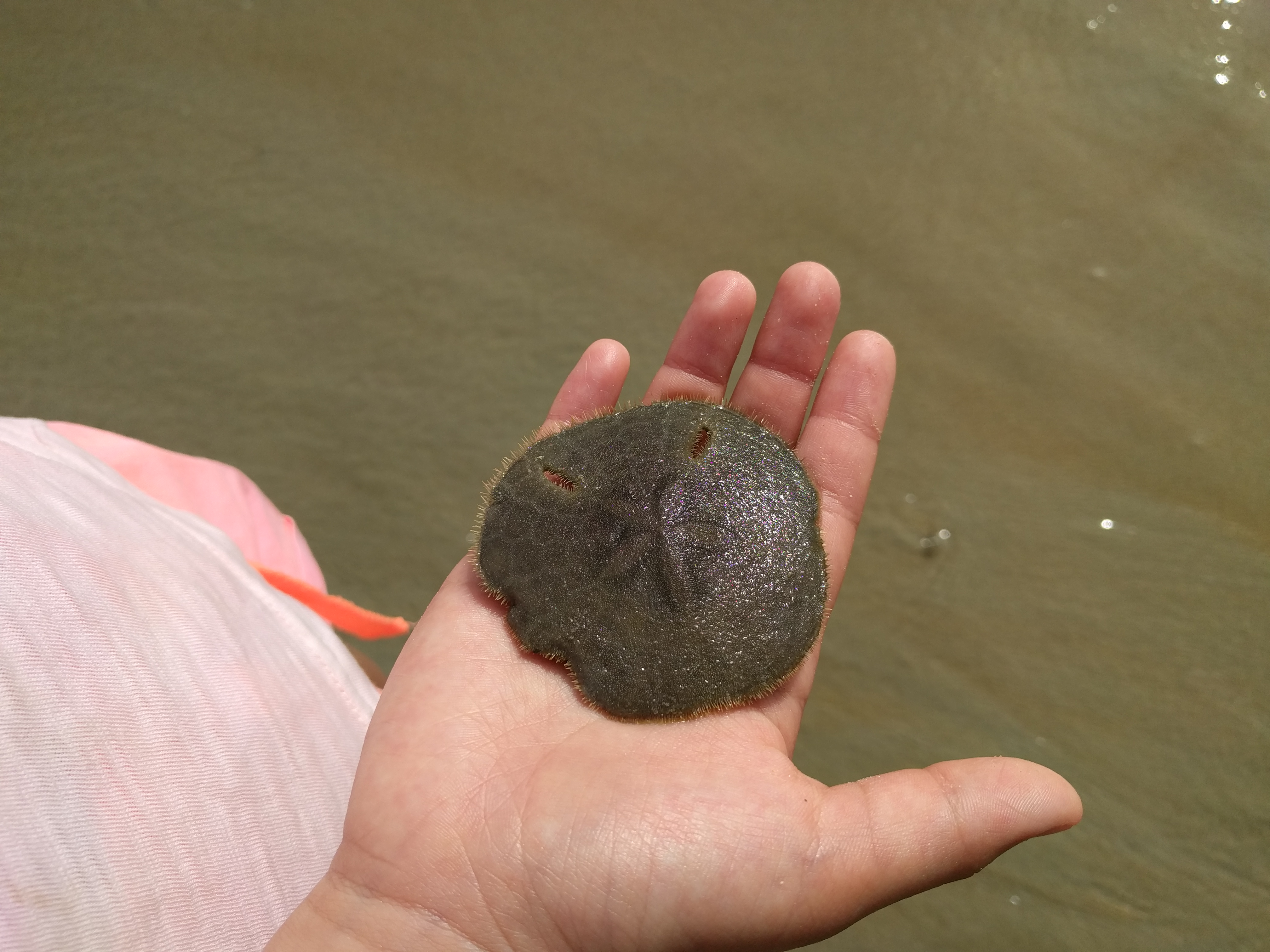 The living sand dollar is the Keyhole sand dollar, Echinodiscus tenuissimus. It was found on our beach at the end of a long trail.

If you spot a sand dollar shell, also known as a test, on the beach, be extra gentle when handling it. It is most probably brittle due to it being hollow. One may be tempted to keep a sand dollar test as a souvenir but it is best left on the sandy beach to be broken down naturally, turning into the gentle sand of Datai beach. 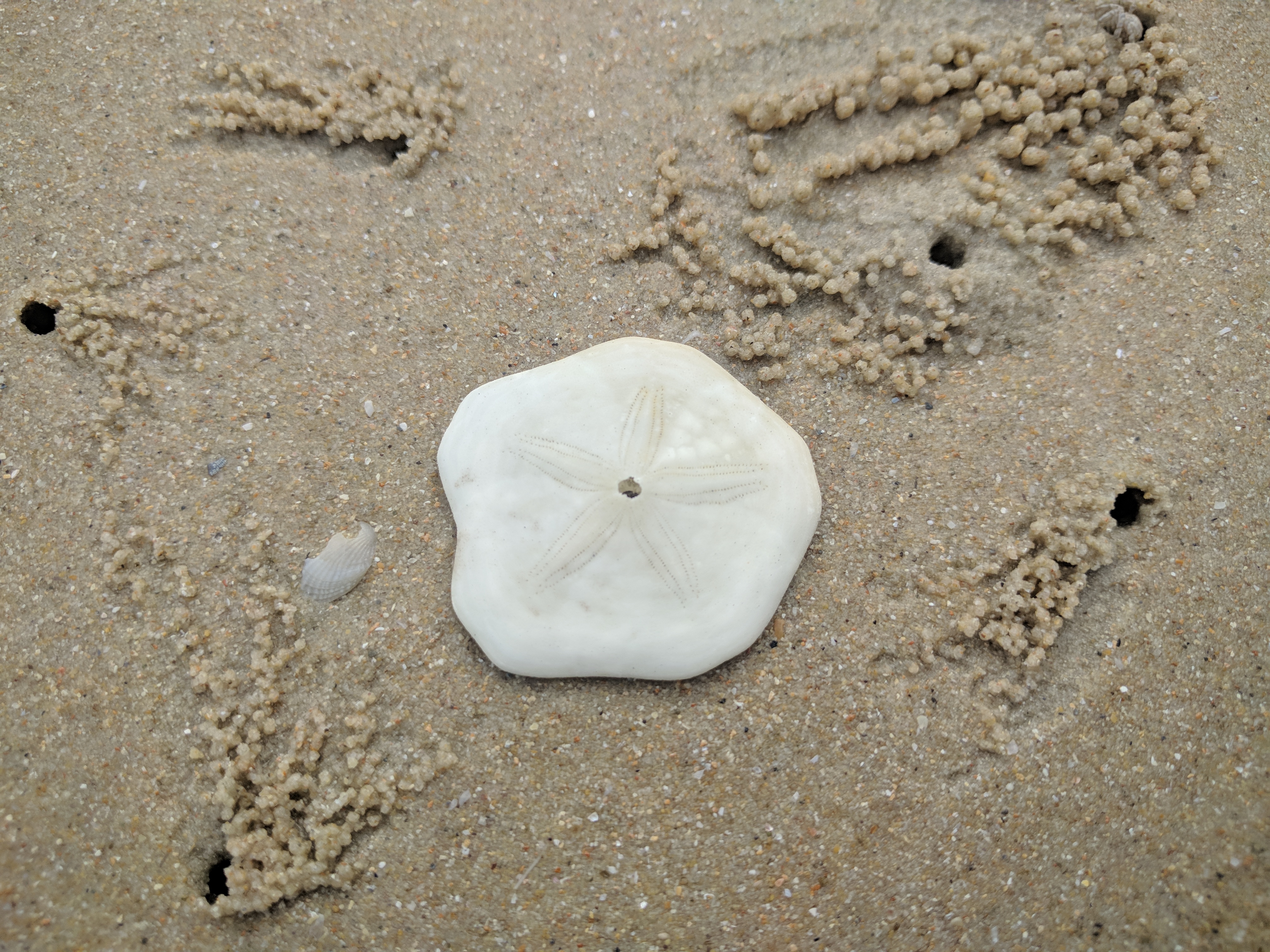 The remains of sand dollars are a common scene on the shores of Datai Bay.