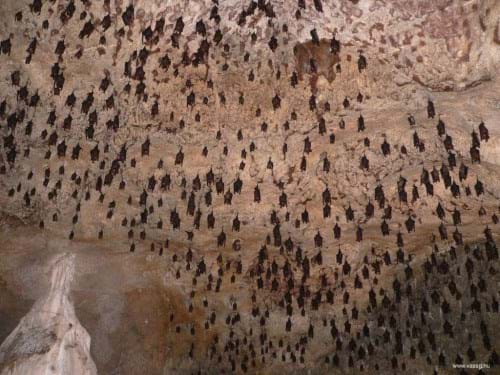 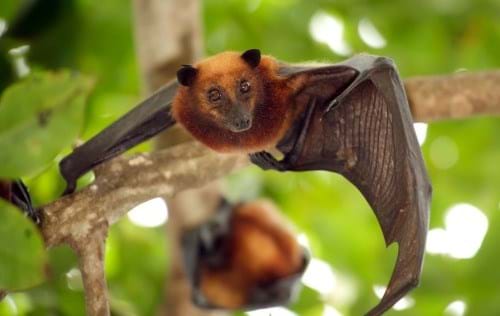 It is at night that the island truly come alive with its most successful mammalians the bats. A total of 26 species of bats have been recorded on the island. The largest bats in the world the Island Flying Fox can be found roosting from the trees two rocky island outcrops on Dangli Island in the north and Lalang Island to the south of our archipelago. These noisy creatures call chatter loudly even in the day when they are roosting. 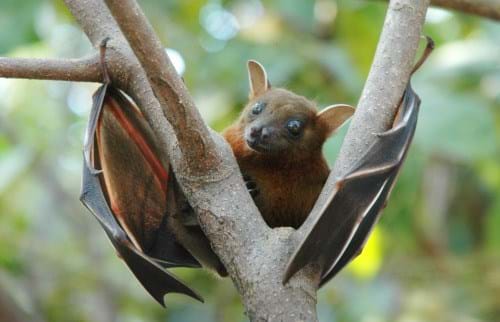 Fruit bats are often regarded as pest for the mango farmer while and agent of pollination for the king of fruit the durian. Nevertheless  the insectivore bats make up the majority of the bats they play an important part in the management and control of insects pest and therefore most beneficial to the farming community. 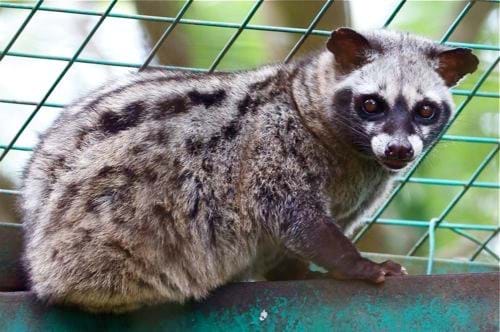 Other mammals that appear at night are 3 species of civets cats namely the Common palm Civet, Masked palm Civet and the Banded Civet. These are not true cats but rather closer related to the ferrets. Civet have more recently be better known as the source of the world’s most expensive coffee, ‘Kopi Luwak’ in which such animals are kept confined in cages and forced fed coffee beans which when excreted are then processed and sold to speciality stores. The secretive Scaly Ant Eater is another nocturnal animal that are found in our forest, necessary in managing our termites population. 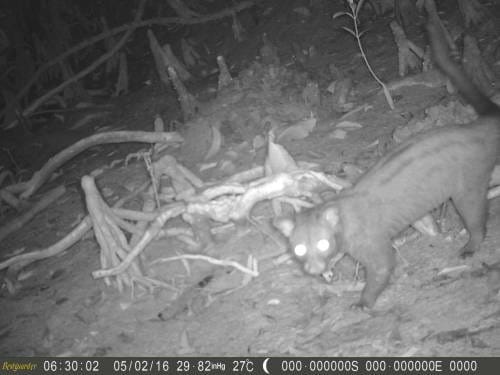 One of our wildlife cameras caught a Common palm civet walking in the mangroves early in the morning.