The predator-prey relationship created a perpetual “arms race” in nature. Prey evolve to avoid predation, predators evolve to overcome their prey’s survival strategies. A way employed by both prey and predators in their never-ending quest to survive is camouflage.

Camouflage is a way for organisms to avoid being detected by sight by their predators or prey and is common in the ocean. Various methods of camouflage are employed by marine organisms, making underwater “hide-and-seek” very interesting.

A common method of camouflage in the seas is transparency. This method of camouflage allows light to almost completely pass through an organism’s body, making it invisible to others. Gelatinous marine organisms such as sea jellies employ this method to escape detection by their predators and prey. Other than having a simple body design, sea jellies are mostly made of water (95%), allowing transparency to be possible. 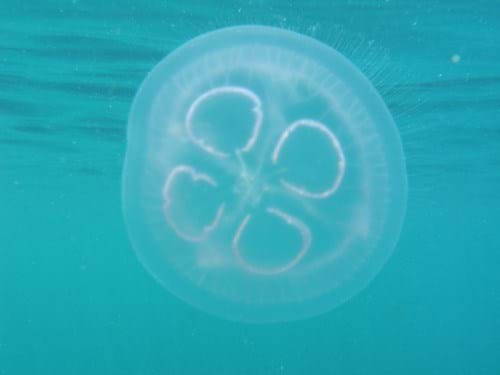 For other marine organisms that do not possess simple body structures, like fish, reflection comes in handy. We commonly observe silver fish disappear and appear again, almost like lights blinking in water, when we try to chase a school of fish while snorkelling. The silver “pigment” act as tiny mirrors to reflect light at different angles, rendering itself invisible in water! This is also the source of frustration for some children on my Fishing for the Future activity. 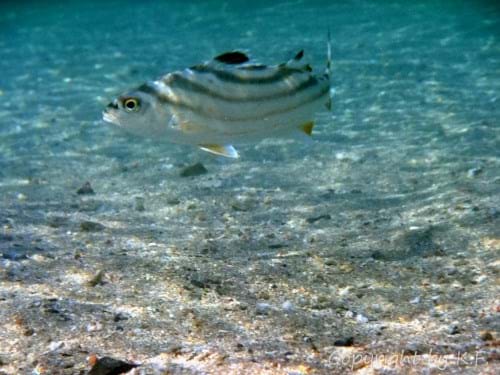 Target fish, Terapon jarbua, “silvers” into invisibility as it turns while swimming. You can see this happen in the Datai bay. Picture credit.

Non-silvery fish, such as the herbivorous reef fish seen in coral reef habitats, have different camouflage methods. Many butterflyfish (Chaetodontidae) practice distraction by having large eyespot near their tail and a vertical dark stripe across their eyes, tricking predators into thinking that their vulnerable front end is at the back! 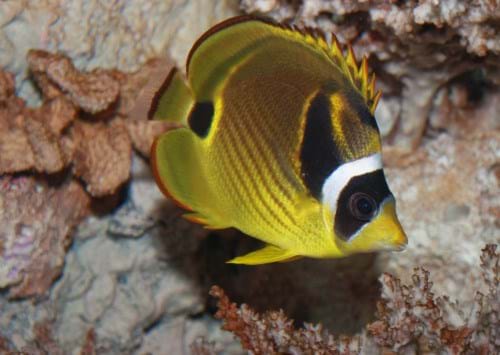 The Raccoon butterflyfish, Chaetodon lunula, has an eyespot by its fluke, and a black line across its real eye to trick its predators. You can spot this fish in Datai bay! Picture credit.

What if the marine organism does not possess a colour scheme or pattern for distraction? Do not worry, the underwater world has plenty of organisms employing the self-decorating method. Crabs do this, hermit crabs do this, even sea urchins do this to hide from their enemies! 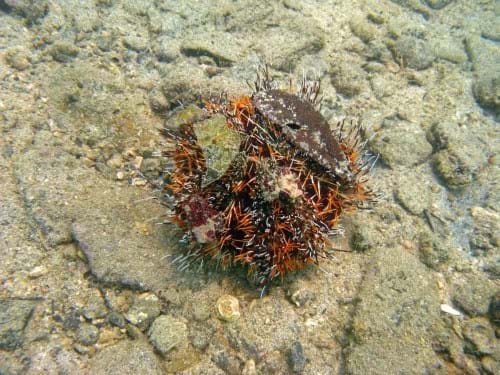 A Collector urchin, Tripneustes gratilla, decorating itself with debris (dried leaves and seaweed, possibly some shells too). What an apt name! Picture credit.

And the truly blessed, underwater hide-and-seek masters employ a method of camouflage known as adaptivecolouration or active camouflage. These are marine organisms that have the ability to change colours quickly to blend in with the surroundings. My favourite type of animal, the octopus, can do this. Watch the video below to see how amazing an octopus’ camouflage ability is:

These are just a few simple examples of camouflage methods we see in the ocean.