It has been a hot couple of months. Wildlife at The Datai Langkawi is finding ways to cool off. The wild pigs go for a “spa treatment” in their mud pits, Long-tailed macaques take a swim in the cool waters of Sungai Datai, and the Oriental-pied hornbills, with the help of their hollow casques, stay under the shade to regulate their body temperatures.

The enigmatic Sunda colugos at the Beach Villas have been hanging rather low in between the twin trunks of the Sea apple tree to escape the tropical heat, allowing us to observe them with awe. So far, we have identified at least three unique individuals in the vicinity, two females and one randy male. 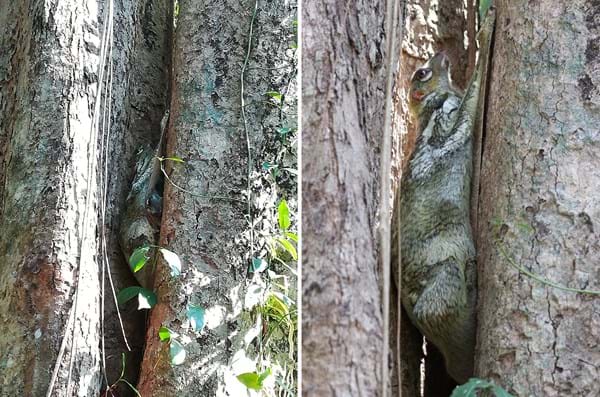 Oh, there seems to be a fourth individual!

The little one will spend its first six months clinging to its mother’s body, hiding under her patagium, the fold of skin connecting all limbs of a colugo, for protection. 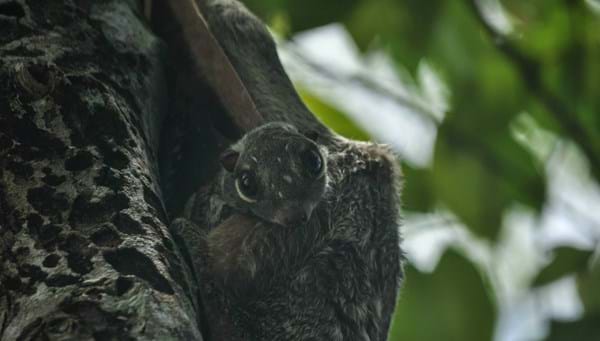 This gliding primate is nocturnal, though can be commonly observed with eyes open during the day. It does not move much, spending about 70% of its day stationary, blending perfectly with its surroundings.

Recently, one of the female colugos were disturbed by another Datai resident – a young Clouded monitor lizard. We are not sure if the small monitor lizard wanted a huge lunch, but it definitely gave the colugo a fright as she switched positions three times to get further away from it. 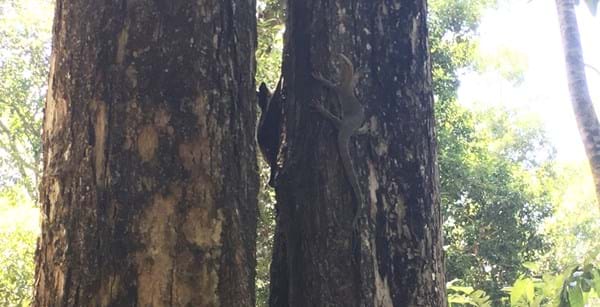 Unfortunately for the monitor lizard, the colugo managed to evade any advances from it. She was seen relaxing in the same spot the next day.