Getting to The Datai Langkawi requires one to drive across a short bridge. This bridge runs above Sungai Datai. (Sungai means river in Bahasa Malaysia. This same river meanders through the resort’s grounds; the perfect setting for many of the Rainforest Villas and The Spa’s treatment villas to be situated by. Water usually flows gently into this river, creating a serene setting for a gentle stroll through the resort and natural white noise to accompany the Spa’s relaxing therapies.

Sungai Datai begins about 120 metres above sea level on the Matchinchang rock formation and drains into the Datai Bay. From its origin to what we see in the resort, the stream runs through the rainforest, where it is inhabited and dependent on by many living organisms like the Copper mahseers (Neolissochilus Hexagonolepis), freshwater shrimps (Macrobrachium sp.), and dragonflies (Anisoptera). The path of the river in the rainforest is mostly rocky, a result of fast water movement during the rainy days. 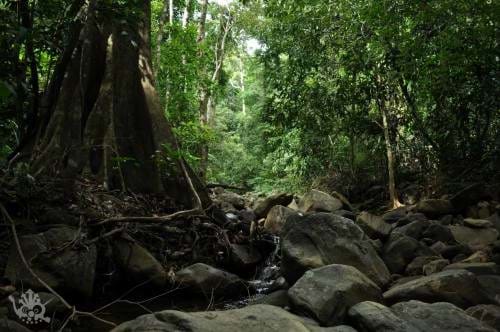 The rocky riverbed as seen along the Poet’s Trail, a self-guided jungle trek for guests of The Datai Langkawi. 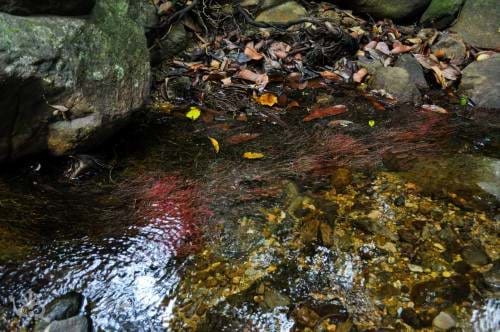 Some fibrous roots by the river bank of Sungai Datai in the rainforest for the uptake of freshwater by different plants. 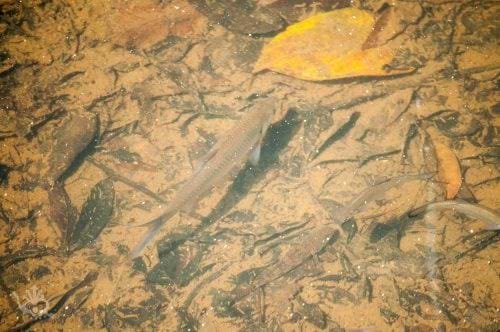 The Copper mahseer is a common sight by The Spa.

Before reaching the ocean, Sungai Datai comes to an area hidden away from public view, where it becomes wider and slightly deeper, allowing for flowing water to slow down. The path is now a muddy bank and a muddy bottom. This is where the mangrove forest, located on the western part of the resort, begins. Over here, water sometimes flows upstream. This happens during the high tide, causing the salinity of the water to increase, creating brackish water. Different organisms, like mudskippers (Oxudercinids) and halfbeak fish (Hemiramphids), thrive in this part of the river. 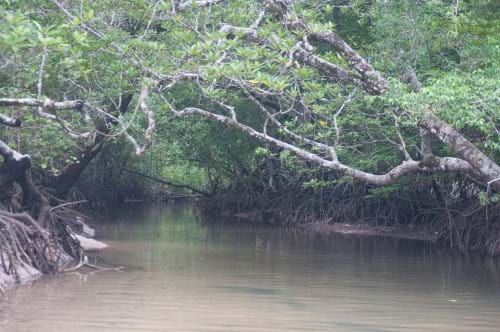 The mangrove forest along Sungai Datai. 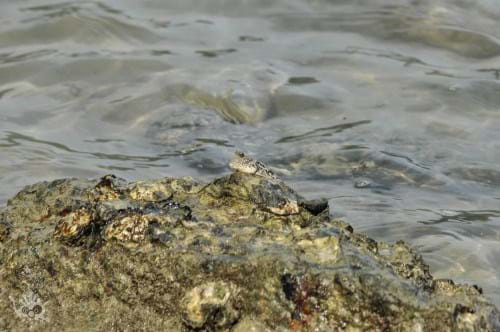 A mudskipper sunbathing just outside the mangrove stream. 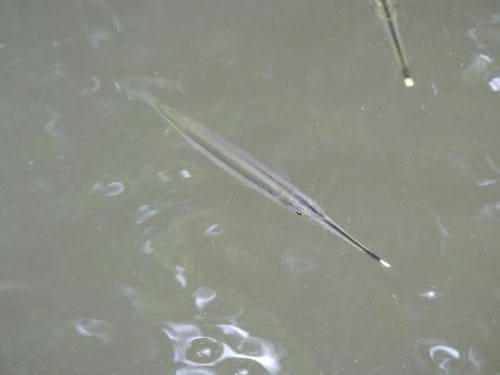 Striped nose halfbeak fish are a common sight in Sungai Datai in the mangroves.

Finally, the last leg of Sungai Datai occurs over the sandy Datai beach, creating a delta while the brackish water flows into the bay. The delta and its surrounding areas always remain moist from the constant input of water from the river, a suitable location for beach critters like lugworms to live in. 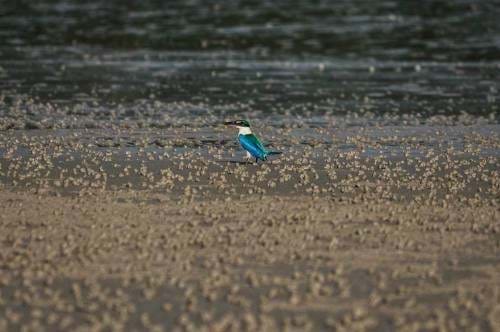 A Collared Kingfisher (Todiramphus chloris) among casts of lugworms by the river mouth.

Sungai Datai is the conduit between land and sea, and a vital source of life in the Datai bay wherever it flows.