One of the most commonly asked questions during our guided nature walks is, "What is that loud noise?". Some describe it as a piercing sound, others say it resembles the shrill of heavy machinery, and some believe it's a fire alarm.

This ruckus is made by an insect called the cicada. Cicadas are most famous for their love songs. All of their songs are sung just by the males, although interestingly - not all males can sing. 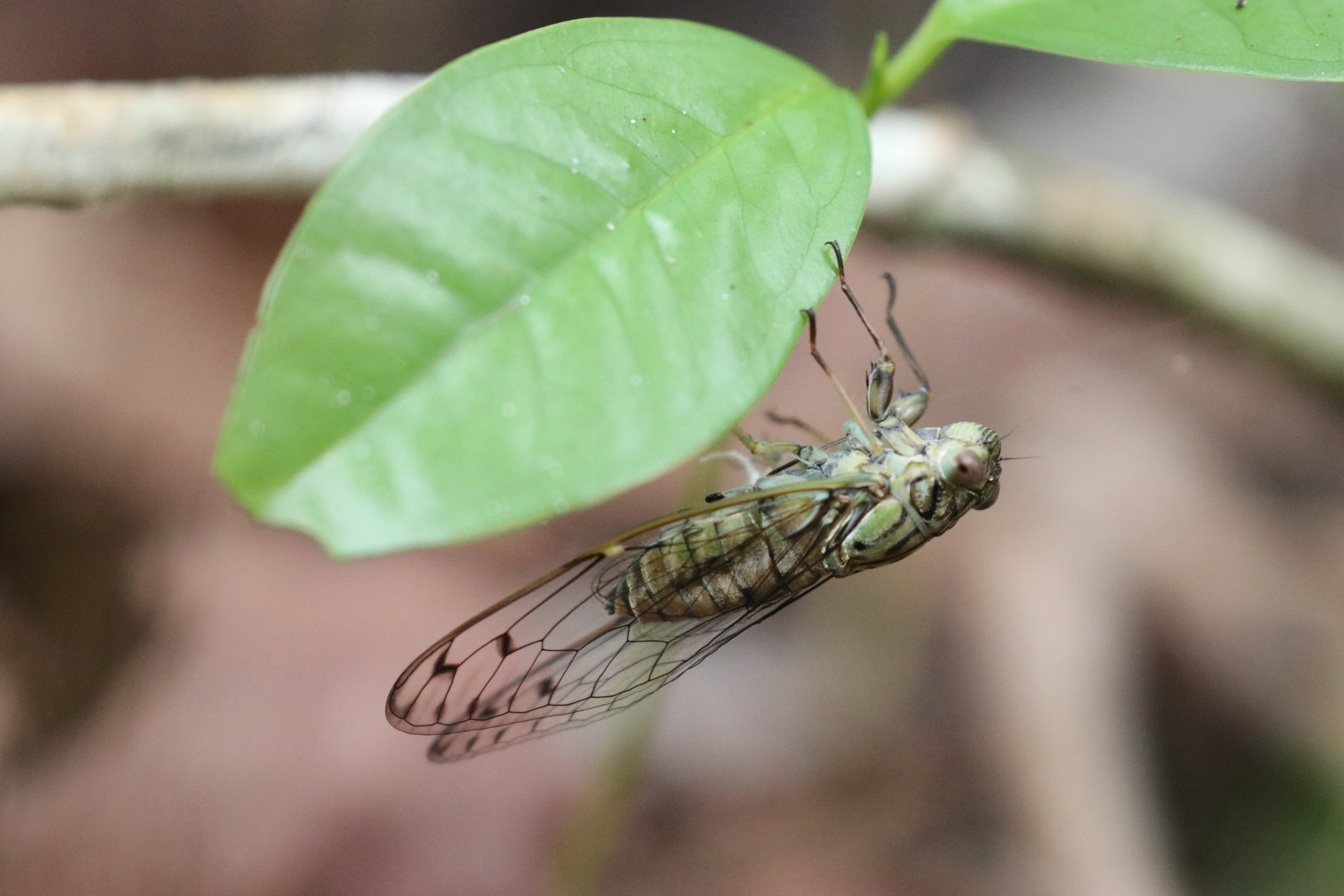 The reason why most males are able to produce these loud piercing calls is because of the two extra ridged organs or plates they have on their abdomens called tymbals. To make a sound, the tymbals are rapidly vibrated by tiny muscles, and the song will be amplified by the hollowness of their stomach.

Why are they so loud? For most males, this is their only chance to woo the females, and they have been preparing for this moment for years. During adulthood, cicadas eat less and are more focused on mating. But they need to be fast, as their life span is about two to four weeks or six weeks at the most!

A noisy male cicada attracts not only females but other males as well. They gather to compete with each other, and at the same time take advantage of the fact that their combined songs entice the females. Females tend to go for the loudest male - usually meaning the healthiest - to father her offspring.

Different species of cicadas sing different songs at different times of the day. In Malaysia, we have 150 species and counting!