Some of the most pleasing works of art are created by nature. One of which is the orb web created by large golden orb-weavers, attractive spiders of the genus Nephila.

It is a very common type of spider here on Pulau Langkawi, creating intricate webs that gleam gold when kissed by the rays of the tropical sun. The gold shine piques the interest of its prey, mostly insects like cicadas and flies. However, some of its catch can be quite large and unexpected. Its web is one of the strongest webs to be created in the animal kingdom, allowing small birds and bats to occasionally be on its menu.

While walking along our Butterfly Garden, do look out for these large arachnids and their beautiful creation. 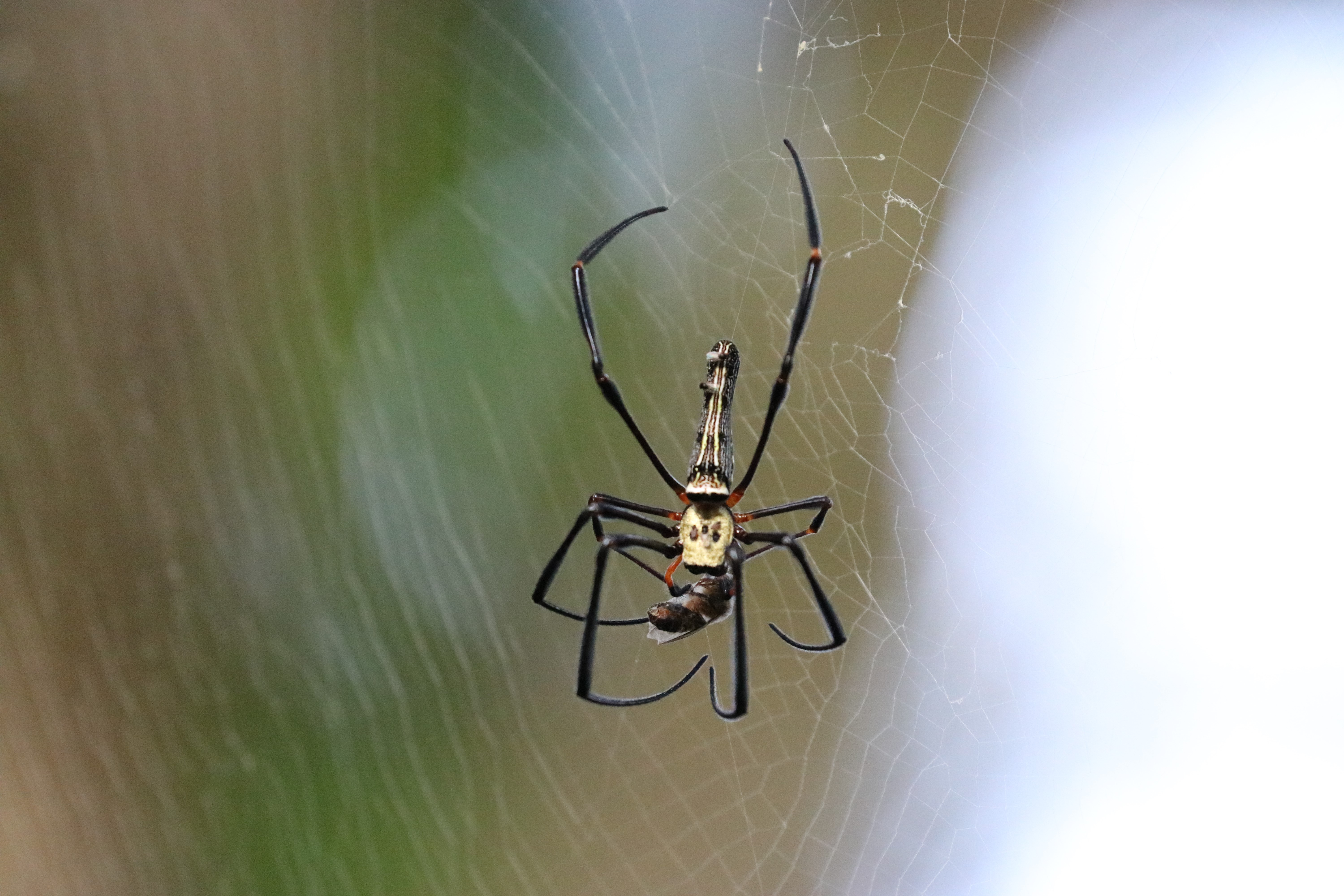 A female Giant golden orb-weaver, Nephila pilipes, preparing its prey for a meal