Jump into the ocean and you can see whitish translucent specks suspended in the water column. These specks are what we call “marine snow”, a mixture of silt and organic waste like dead (and/or decomposing) organisms and excrement. 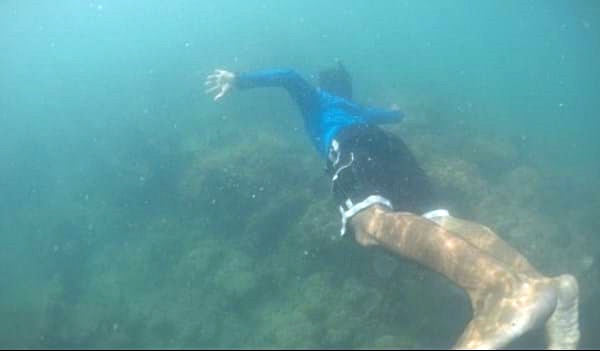 Marine snow in the waters of Datai Bay.

Marine snow sinks into the depths quicker than one expect of minute particles with insignificant weight. While sinking, marine “snowflakes” join together to form larger aggregates. Zooplankton also forms aggregates of marine “snowflakes”, their digestive system acting as a compactor when feeding on microscopic organic matters and then excreting out faecal pellets. These aggregates are larger in mass and less buoyant, causing them to sink at a higher rate.

Comb jellies (Cthenophores) with their sticky tentacles extended out to catch their prey in deep waters. Their prey, like copepods, feeds on marine snow.