Emerging from the coastal forest onto the beach at low tide, especially in the cover of night, is a creature that seems to be out of place. It is the hermit crab, more specifically the terrestrial hermit crab that actually spends the majority of its lifetime outside of the water.

It embarks on a daily exodus to the shallow sea of Datai bay to wet its gills to breathe dry air. A female carrying fertilised eggs must also visit the sea to release her eggs where they will then hatch in the presence of saltwater. 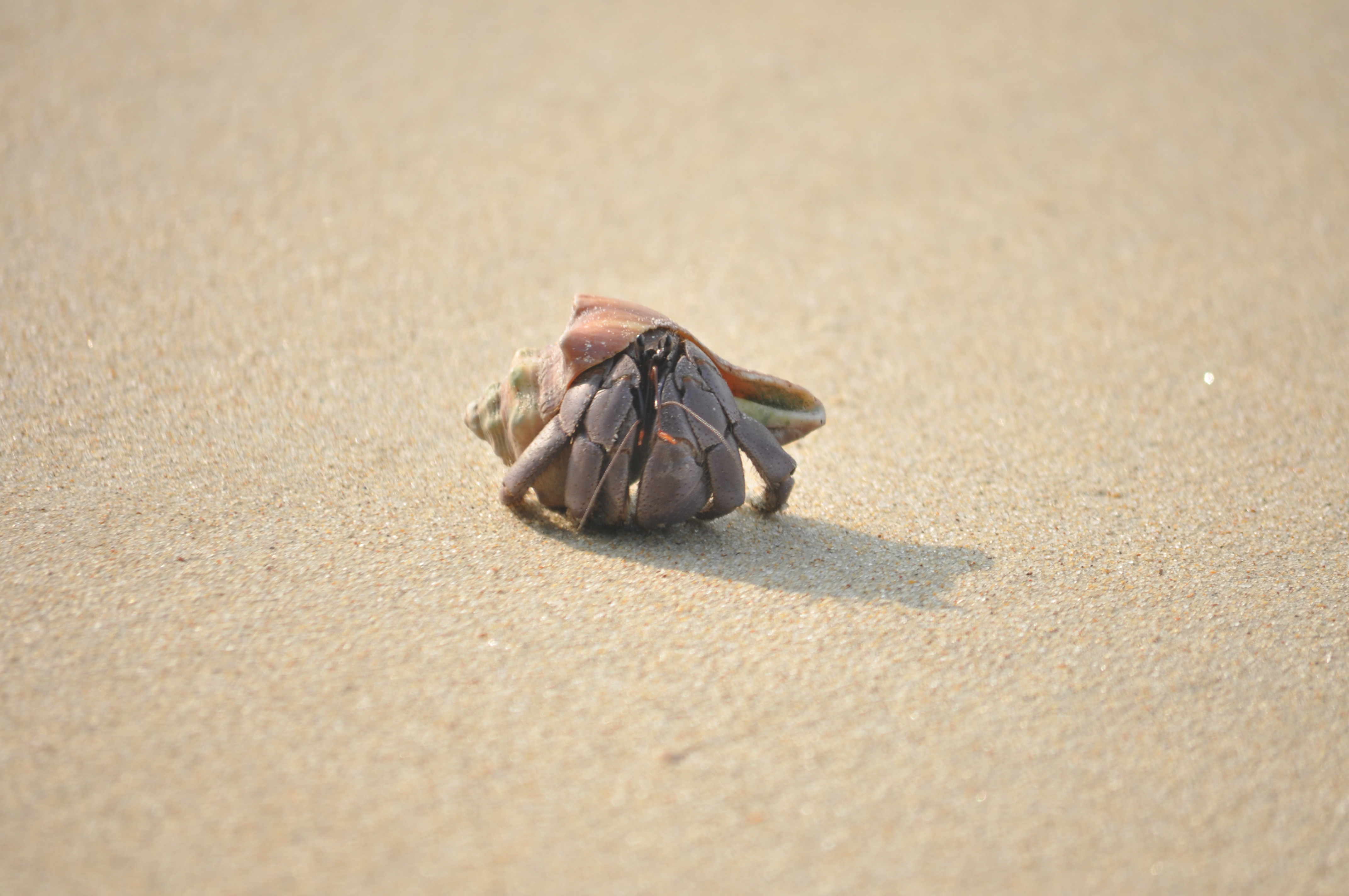 A terrestrial hermit crab on Datai beach. It is actually not considered a true crab and forms its own unique lineage of crustaceans known for having a soft tail, the reason why it uses the shells of others for protection.

Despite being called a hermit, it is quite sociable. It can be found resting in a pile of hermit crabs inside a rotten tree or crevices of rocks. It also moves in a group while scouring for food in the form of fallen fruits, fresh and dry leaves, insects and even faeces and carcasses of other animals.

Being in a group can be very beneficial to a hermit crab because as it grows larger, it does not need to seek far distances for a suitable shell to shield its soft and vulnerable abdomen, it simply has to stand in line behind a buddy who is one size larger than it is in a social event called the “vacancy chain”. A chain is formed when a hermit crab group comes across a big and empty shell fit for the largest group member to move in. As if on cue, hermit crabs in the group will simultaneously hop into the bigger shell in front of them, leaving their smaller shell to be inhabited by another individual lined up behind it. Looks like the hermit crab upcycles too!

This is one of the many important reasons why we advise our guests to leave shells on the beach – it is about that hermit crab real estate!