The Datai bay had some “gelatinous” visitors the past week. The strong northeasterly winds not only brought the dry season to Langkawi, but also a swarm of sea jelly known to some as “sea tomato” (Crambione mastigophora), a moniker derived from the sea jelly’s ketchup-coloured body. 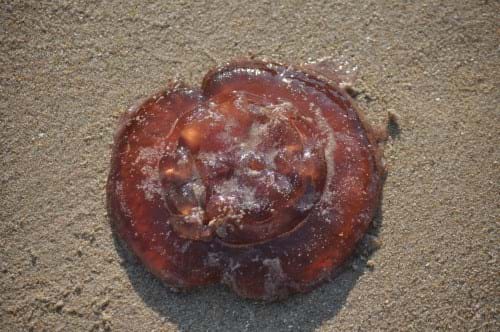 The underside of a sea tomato.

The sea tomato is unlike the sea jellies we are more familiar with - A jelly bell with attached trailing tentacles. Instead, the sea tomato has eight oral arms branching out from its oral disk (underneath the bell), a major characteristic of what we call Rhizostomae sea jellies. The stinging tentacles will extend out of the arms while hunting. And yes, like any sort of cnidarian, the sea tomato can sting you, but it would be considered as a mild sting. 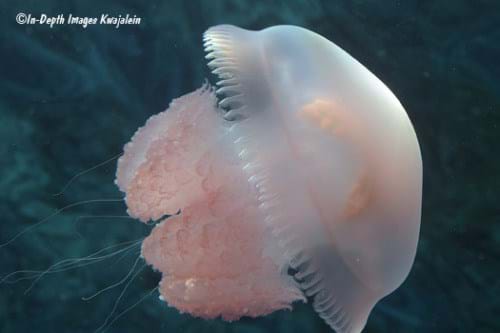 A dead sea tomato in a display container for a model-shoot at The Datai. In this picture, the stinging tentacles can be seen dropping out from the bell and some may still be working!

What made this event peculiar was not the swarm of sea tomato washed up on the beach, but what we found on the sea jellies’ bodies – flexible sea stars called brittle stars (Ophiuroids)! A living brittle star was first seen on the beach by a water sports personnel before more were observed to be amongst the dead sea jellies. 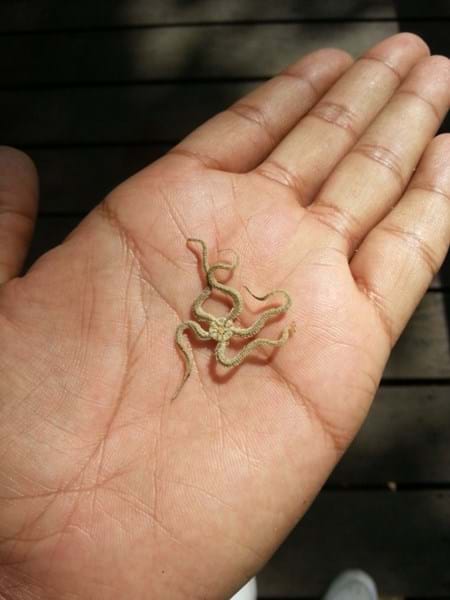 A small brittle star found dead on the beach that came with a sea tomato.

I wonder how the brittle stars are faring on the Datai beach now.